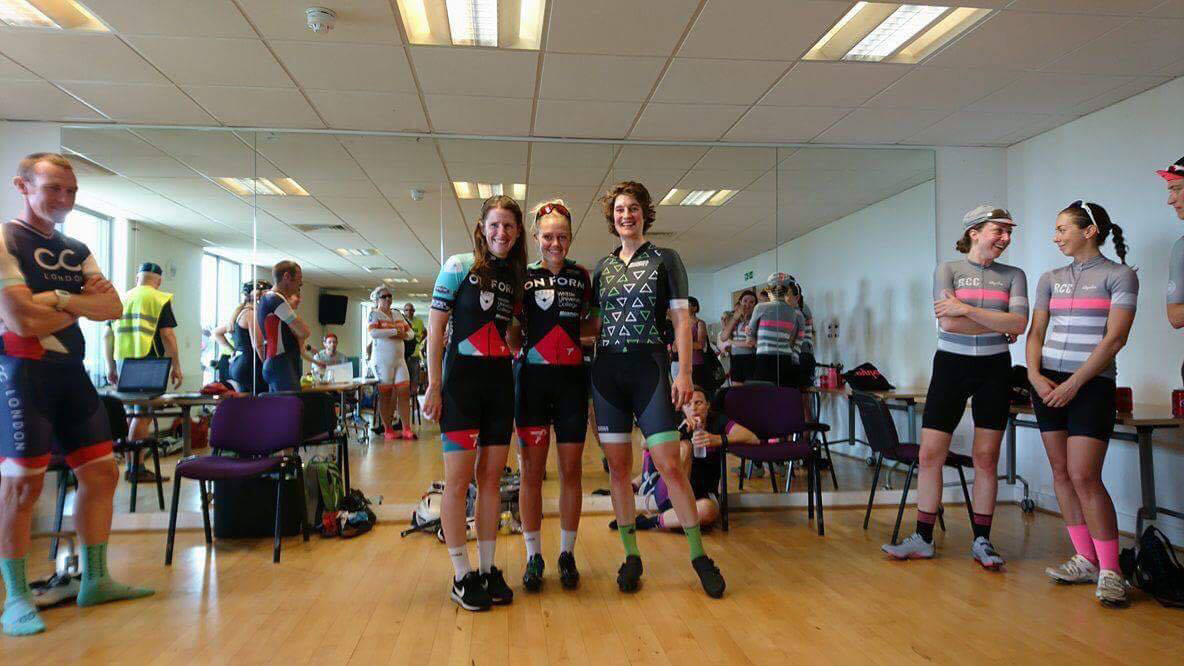 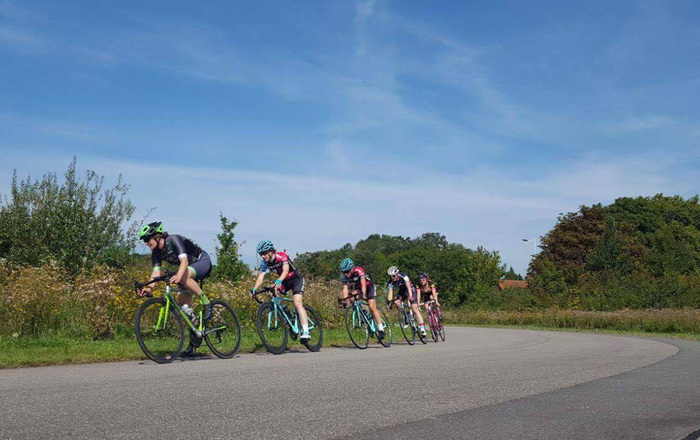 “Hog with the occasional hill”

Hog with the occasional hill

This bank holiday Monday race was put on by CC London, and included not only 4th Cat and E123 Women’s races, as well as two men’s races, but also a race training day for the newbies.

This mean that by the time the women’s racing started, the 4th Cats (and Liz Hughes, who had also just finished a stage race in Manchester…) had already down 90 minutes of hard riding. For me it was race 3 in 4 days (with a casual 100km on the one remaining day).

But it was novel – a number of us (myself included) had never raced ‘the occasional hill’ before. The race was set of in 2 parts, the E123s setting of just before the 4th Cats. The race set of at a good pace, with the flat parts of the circuit lending themselves to good speeds, and large benefits from drafting. We soon discovered, however, that the ‘cut through’ to avoid the hill, was pretty punchy (not entirely avoiding the hill… ;) and started to tire out legs. This meant that the E123 group split the first time up the hill, with a lead group of Jessica Woodworth and Alicia Speak (OnForm), Liz Hughes from CC London, Honor Elliott (Finsbury Park) and Mathilde Pauls (Sigma Sport WRT) stayed away, working together well.

The finishing lap saw a ‘head down and pedal really hard’ lead out from Liz Hughes for former team mate Alicia Speake, with Jessica and Alicia finishing first and second, with Mathilde Pauls in 3rd.

The 4th Category race was also won by a break away of Anneleen Bosma of Rapha CC (finishing first), and international rower Imogen Walsh, who is only just beginning to find her feet in group riding (probably lucky for the rest of us!!) coming second. The bunch sprint in the 4th Cat race was won by Danielle Shrosbree of host club CC London.

Many thanks to CC London for putting on this event for us, and letting us use the interesting mix of the ‘no hill’ and ‘up the hill’ circuits!