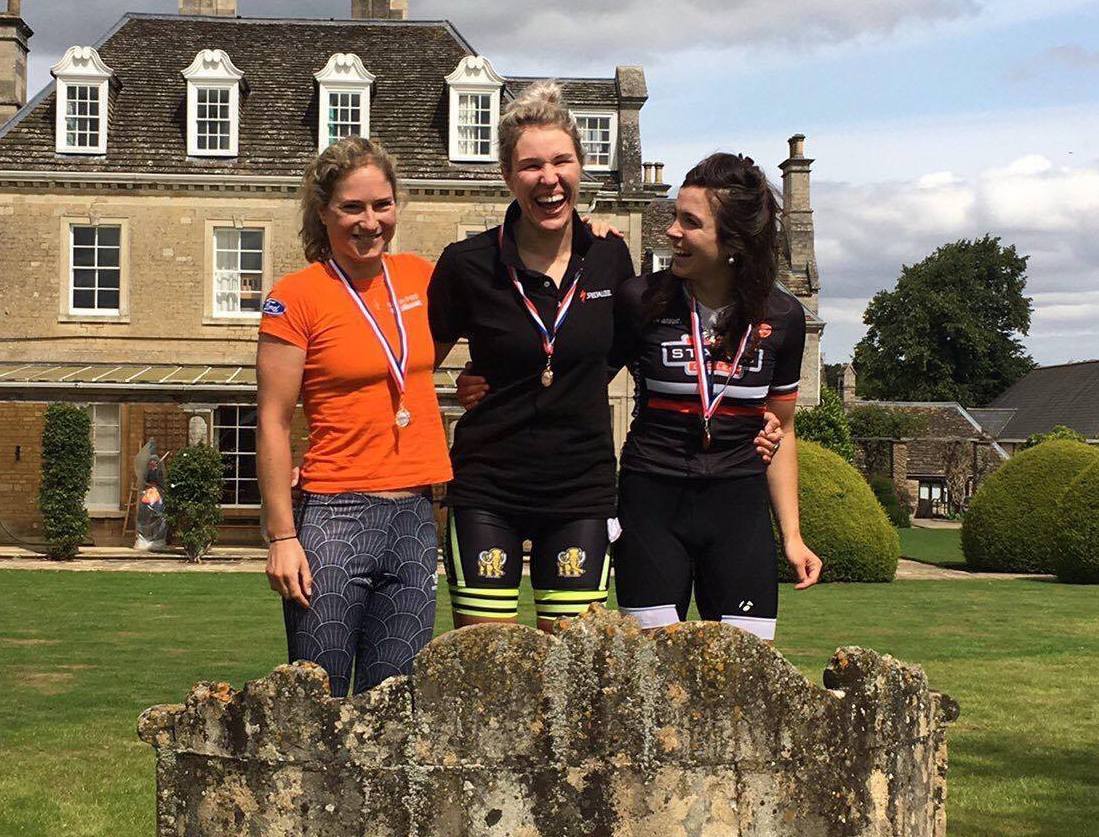 “A touch of wheels, rolling course and winds all factored in the race”

2017 saw the East and West Midlands women’s road race championships combined, providing them with a separate race from the men. In previous years races have been combined with them men, which certainly changes the dynamic of the race.

A strong field was signed up ahead of the race, which was contested over a course of c.85km close to Bourne in Lincolnshire. The circuit of 4.5 laps was rolling and the wind was certainly a factor in the race. The race started with a few riders trying to keep the pace high in order to diminish the bunch, others sitting-in trying to preserve their legs.

Early in the race a touch of wheels saw a crash in the bunch, from this a break was formed, consisting of 6 riders. The break still had 3/4 of the race to go and began to work well together to grow their advantage. The break stayed away, dropping only one rider during the remainder of the race, increasing the gap to c.2minutes by the final lap.

The finish was an uphill drag and saw the 5 riders ready for a sprint in which timing and power would be critical. Emily Meakin (Mammoth Lifestyle) showed her strength and great racing tactics, launching a perfectly timed sprint to take the win from Mel Brand (Team Ford Ecoboost) and Annie Stanford (Paramount CRT). 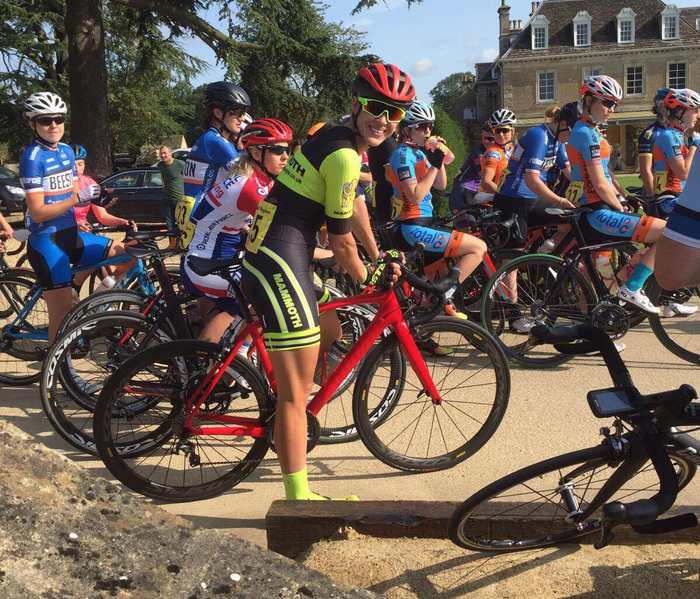 “Strict advice was to follow wheels for the first hour, something I'm awful at! ”

So the week before Divs I came down with Gastroenteritis, which was far from ideal! after spending three days in, I forced myself onto the rollers on sat, and with loads of positive attitude and memories of training, I convinced myself I would be fine and just had to ride clever!

The race was exciting from the gun which I was so pleased about, after some negative races in the past!

Strict advice was to follow wheels for the first hour, something I'm awful at!

I had a few digs on the undulating hills, but didn't want to highlight myself too much!

Second time round the finishing hill Mel Brand had suggested we push the pace, and we were constantly riding hard but people were happy to just sit and not do turns, frsustrating us!

This was evident - and we soon managed to get away up one of the power kicks! In our ear shot there were almighty screams and a huge crash!

We were hesitant for a little bit and then crystal told us to push on!

April was missing turns so no a fan of anyone sitting in, we told her to contribute to keep the gap, and upped the pace forcing her out the back!

I was feeling awesome but with two laps to go the Gastro time off started to show! I was hanging, my legs ached and I couldn't feel my arms!! Wondering if i would actually finish I ploughed another gel in me! Forcing it down!

We were all pulling big turns,I was flagging it was taking me what felt like forever to get passed Leah to move across on my turn!

Coming in the final couple of Km I knew the road and know where I shouldn't be on the front...

What happened? I did a turn and no one would relieve me....

'Girls!!!' I sighed!!! Making sure they could hear and hoping someone would come through!

Luckily Crystal came through, and started it!! I was in 2nd wheel which I also knew was far from ideal, with three girls behind me who could really finish a race off well....

They moved up but almost sheepishly as we got the bottom of the long hill..

I stayed there for a nano second then thought - Fuck it! Just go!!!!

I just went for it, adamant someone was there and possibly going to pip me.... I just sprinted my heart out!!!!

The crest of the hill came and no one was there!! I'd done it!

Super Pleased but felt horrendous! Quite surprised I had it in me, after feeling so awful!!