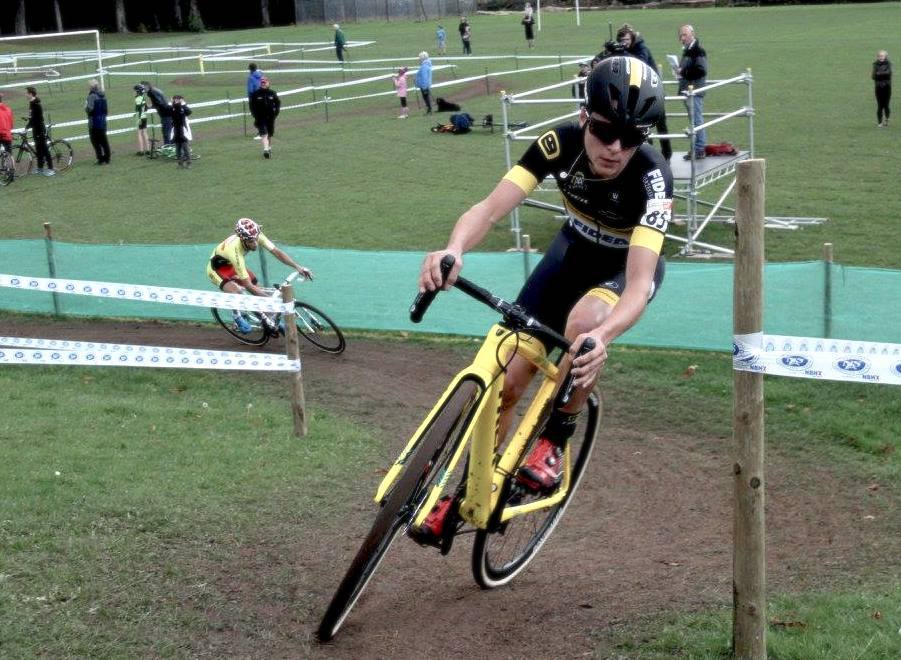 The opening lap saw Ian Field (Hargroves-Ridley-Montezuma's ) jostling with Billy Harding (PH-MAS/Paul Milnes/Oldfield ERT) for the front, before taking the lead after 5 minutes and getting into his rhythm. He slowly started to put pressure on the bunch, pulling away with Tom Pidock (Telnet Fidea Lions) and Pidcocks team-mate Jim Aernouts. After a 15 minutes Pidcock made his move and gapped Field and Aernouts.

After 19 minutes Field started to drop aernouts but at this time, the top three were still only covered by around 10 seconds. Field started to pull back Pidcock after Pidcock seemed to make a few uncharacteristic errors which we later found out was down to his choice of tyres.

By the half hour mark Pickcock’s gap over Field had grown to around 15 seconds and by the 47 minute mark, and after a bike change to something clad with some grippy tyres, Pidcock had extended his lead to around 30 seconds and was comfortably on his way to winning round 2 of the HSBC National Trophy.