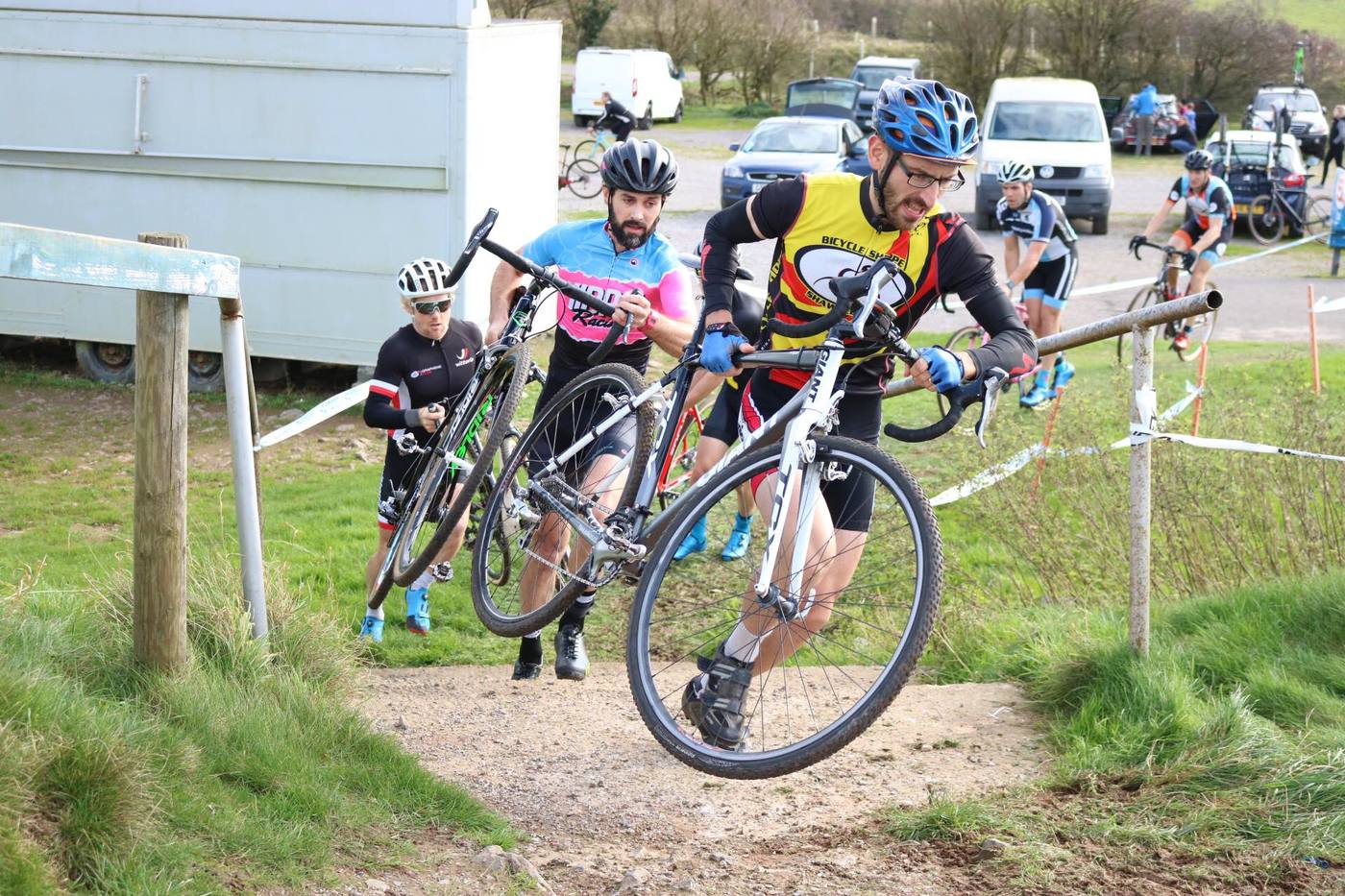 A depleted field, probably as a result of the National Trophy Race just over the border, left Krzysztof Chrostek (Bath CC) as clear favourite to take the victory at the Mendips Raceway. Krzysztof didn't disappoint, and took the win ahead of Mike Brunsdon (VC Montpellier) and Liam Cahill (Somer Valley CC).

“happy with the result but my performace was far from ideal”

I'm obviously happy with the result but my performace was far from ideal - I made too many technical mistakes in the second part of the race with a few which could have easily cost me the top spot. Knowing I am not matching the power of the top guys in the league I simply cannot make that sort of mistakes on techical sections...

A cool and bright day greeted us all and the course was riding lovely, just soft enough to make it tricky and keep the techincal course great fun to ride.  With the racing starting fast, we all filed in behind the man to beat at the moment Krzysztof Chrostek and he took the race on from the front. The Pace was fast and as the front group started to fragment I just about made it across to Krzysztof and Llewellyn on open part of the circuit.  In the very next turn my rear tub rolled off the rim caused by old glue bought from a shop in Belgium putting me right back and losing nearly 30secs.

A quick bike change with the worlds best team mate and the chase was on,  over the next few laps I caught James, Grant and Liam who were all tearing strips out of each other as I got to them.  A big effort put about 10secs into the group but there wearnt giving up and they held me to account for the rest of the race.

In the last 1/4 of the race, Krzysztof was gone and the rest of us were left to fight it out for the rest of the podium.  It had mostly come back together as we heard the bell, Llewellyn was the first to give it a dig and we all went deep to hang in there, Liam was waiting on the wheel to take advantage of anyones weakness.  I waited till we rode out onto the open part of the circuit and hit it as hard as I could, through luck it fractured a gap and I kept my head down for the line, just behind I could hear Liam and Llewellyn fighting for the line.

Its been a competitive season this year and anyone of at least 6 of us could take it on any given day so to take another 2nd place finish is a great result.

Big thanks to Liam from Holohan Coaching for putting me right and of course, Jenny who was there in the pit with the bike at exactly the right moment.