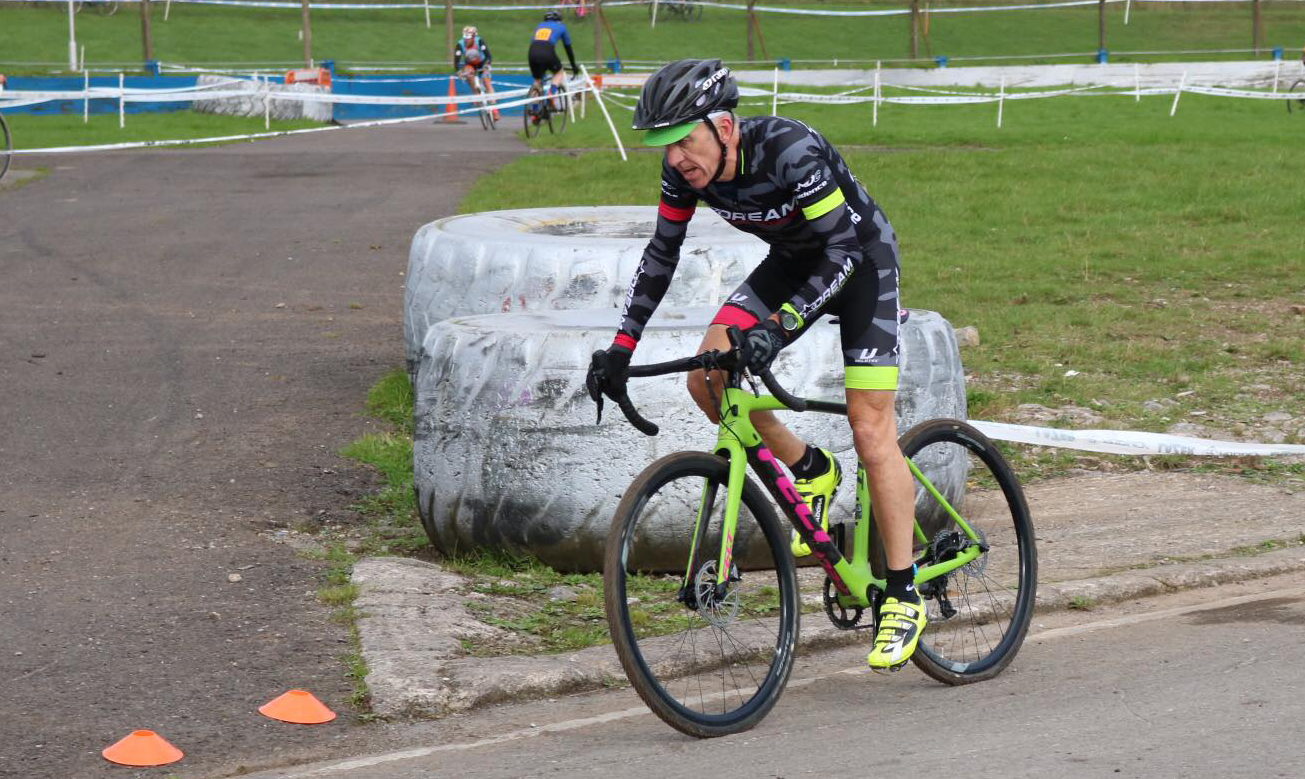 Dave Coghill and Tony Davies make it a Dream Cycling 1-2 in the vets race at Mendips Raceway. Mark Bemand rounds off the podium for VC Equipe.

In the Ladies race, Iwona Szmyd took the victory for Royal Dean Forest

“a good result all around with a Dream Cycling one/two.”

Round 9 of the Western Cyclocross league took place at Mendip Raceway hosted by Bristol South.

I arrived early & did a good few laps with my team mate Steve Brown, the course was as I'd remembered from last year with an extra wiggly bit on the top field. The weather was dry, it's always a bit blowy up on the top which meant there was a bit of a headwind in places.

We assembled on the field and the V40 race stormed off at mid-day, gridding was then called for our V50 race. Due to a gridding error I was 3rd row back which surprised me as with my points I expected to be on the front row . At 12:02 we charged up the field for around 100m I managed to get through & just pipped my team mate Tony Davies into the first left hander taking the lead.

As the race unfolded Tony & I pushed on, I attacked a few times on the first lap but only one second separated us as we passed the line for the first time.

As we headed around the grass techy off camber section on lap two Tony had a dab on one of the corners, hearing this I hit the gas & pulled out a lead. We were now catching V40 back markers which meant you had to judge your safe passing places which was fun. 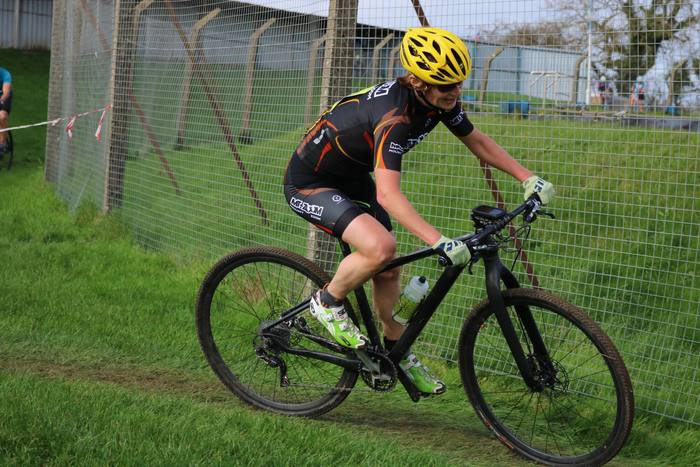 “Cross is boss on Sunday morning.”

Racing in the Western Cyclocross League brings us across the Severn bridge from the Forest of Dean, followed by cinema and Bikram yoga ... an action packed day.

Last weekend brought us to the picturesque Mendip Hills in Somerset.
The venue was located on the rim of Batts Combe quarry between Shipham and Charterhouse.  The area around Mendips Raceway offered an excellent chance to set up fun course with few technical features . That opportunity was taken fully by the organiser Steve Green from Bristol South Road Club.

On the start line I met up with regular girls. As I have missed the last 3 rounds I dropped down in general classification within the women & Vets 50 gridding. We set off from the rassy slightly uphill section leading to narrower track. A good start was vital.

It was dry and the weather fine. Things went smoothly. I pushed hard from the beginning and soon found myself in a comfortable leading position. I thoroughly enjoyed the course, especially the sections with 180 degree off camber turns which over the time of the race became more tricky to ride. On couple of occasions I needed to get off the bike in order to run up steps, which added on a little bit of spice to the course.

After 38min 28sec I crossed the finish line winning the race. Miriam took 2nd position and 3rd place went to Gwen Bevan. All the girls seemed to have a good time, pushed hard and got a good workout. We are looking forward to some mud, and getting dirty. I will be winding up the cross specific training now as we get closer to the Southern area championships at the beginning of December.