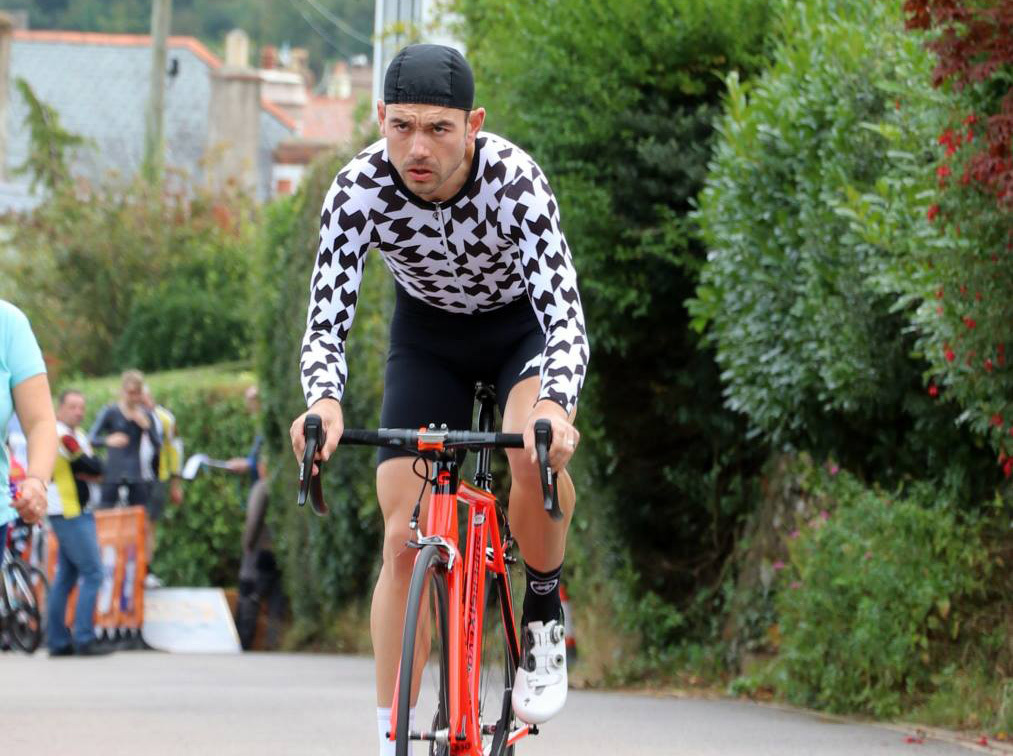 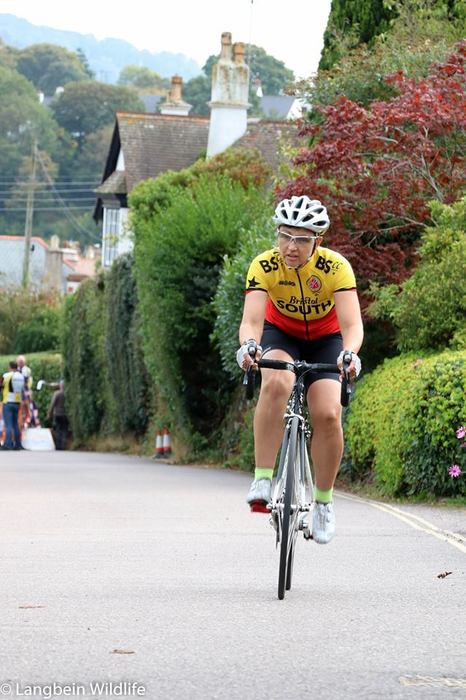 Well I was never going to win any prizes, and in fact I nearly didn’t show up for this one, although now I’m glad I did go for it.

This is my second year of doing the Porlock Hill Climb, and the third Hill climb I’ve participated in. I’m not sure, what appealed to me about a time trial up a hill. Since I took up road cycling, I seem to have fallen in with a strange, but friendly group of incline obsessed cyclists.

I got a lift to the event with Gordon Markus, who won the vets category, he checked over my bike for me and sorted out my number (too flappy) We signed on, and then I left him to warm up, while I went to watch people starting. The previous year, I found the ramp start really intimidating, and made a mess of getting off it. I was determined to make a better start this year.

I put more effort into warming up, than I had the previous year, and made sure I was at the start in good time. The likely winner of the Womens prize started directly behind me, and I wondered how long I would stay ahead of her (not long!)

My efforts at improving my start paid off, and I initially felt quite confident. I tried to keep a constant cadence and effort, as I know the climb is steady, but long. It wasn’t long before I got overtaken by the eventual lady winner, she went by as if I wasn’t moving. I focused on keeping going, and on the road ahead.

The supporters, marshalls, and the competitors coming back down the hill shouted encouragement,. I decided to treat the climb like a turbo session, and looked forward to coming out above the trees. My initial joy at being above the tree line was then spoilt by the headwind that hit at that point. Eventually I got to the finish feeling a bit sick and dizzy, so I knew I had put some effort in.

I made my way cautiously back down the hill, stopping to chat to the marshalls on the way. The think I like best about the hill climbs I have done, is that they are really friendly events. The Porlock one is very well organized, and there are amazing cakes. I didn’t win anything, but I didn’t come last. Next year I will be back, and next year I will train better, and be faster. 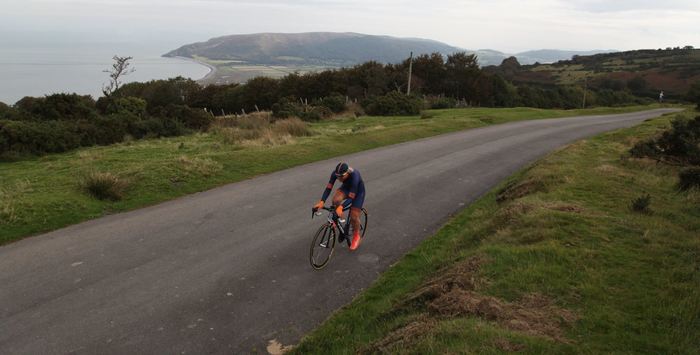 In early July, I decided to take a break from top level domestic road racing and time trialling.  Physically tired and mentally worn out from training, racing, and the associated endless travelling and chaotic life surrounding it, I'd had enough.  Having half-seriously announced my "retirement" from hill climbs last autumn after losing the National champs, I figured I'd bow out gracefully from all things racing and just ride my bike for enjoyment for a while.  Which I did, for nearly 2.5 months.  Lots of miles, lots more smiles, nary a pedal turned in anger.  But of course I still entered the Minehead CC hill climb on the Porlock toll road, as even with the pressure of racing it's still my favourite climb in the UK and I wouldn't pass up the chance to ride it.  Plus with the kids' Go Ride event (and my competitive 6 year old daughter wanting a third crack at winning the under-8 competition) and such friendly and accommodating organisers allowing my husband and me to have widely-spaced start times to trade off child care, it was a no brainer.  The combined weekend of racing first in Exeter on Saturday and then in Porlock on Sunday is truly a great family event for us.

The weekend before, coincidentally, I was entered in a the Tour of Sussex, a stage race including an 8 minute hilly ITT and very hilly RR stage.  As it wasn't far from my house and I wanted to support the local organisers, I decided to race it with my women's team.  Surprising myself with a 3rd in the ITT and then 6th in the RR to finish 5th overall, I also rekindled my love of road racing and realised that even without structured training I could still hold my own in regional racing.  Turned out that 8 times up Beachy Head (9 including the ITT) was perfect interval training for short hill climb races, as I turned up in Exeter the following weekend in fine form, winning the race and feeling fantastic despite a niggling sore throat (oh the hazards of going back to school in September).

The next day was Porlock and my sore throat had blossomed into a full-on headcold, but thankfully just above the neck and I felt I could still ride and put in a decent performance.  My high hopes for a PB in time and effort (which had seemed a possibility after the Exeter race) were put on the back burner until I heard from my husband Jim that there was a tailwind (!!) on the top half of the course and he'd done 17:56.  Hope came back, but from the minute I rolled off the start ramp I could tell that I was going to have to work for every second of the race today.  No worries, it's Porlock and so easy to settle into a rhythm on the climb that you can almost believe you're not working hard.  I hit the tollbooth about halfway with a good split, and as my second half is usually stronger, sub-17 still seemed a possibility.  Knowing the top half was flatter, I was looking forward to this mythical tailwind.  Except then over the cattle grid and into the open and it wasn't there!  In fact it felt like a headwind and my brain started ticking over the numbers as I realised a sub-17 time was not going to happen.  A mile to go, half a mile to go, the last quarter mile seemed to go on and on, each metre could not come fast enough.  Finally crossing the line in nearly the same time I did last year, 17:43.5, I did have a PB but by less than a half-second.

Back down the hill just before the kids set off in the Go-Race, I threw on some warmer clothing and rode partway up the hill again slowly to cooldown and then descended again to see the under-8 race coming up the hill.  There was my daughter, halfway through her race and furious that she'd be caught and passed by another girl (watching the video later on, it was clear she'd sprinted off the start and gone out way too hard!) but as she has 2 more years left to come back and conquer this race, she was consoled with 2nd place, a podium and some prizes in the form of books and a pot of jam.

All in all, a successful weekend with Jim setting a PB and vowing to train properly to win the vets 40 competition next year and me winning the women's crown and beating all but one of the veteran men!  I have also realised that it's pretty hard to stop competing at hill climbs without stopping racing them altogether, but that day will likely come in a few years when my daughter grows up enough to be taking them seriously herself.  She's spent many years being dragged around to cycling events and forced to watch me racing, so it's only fair that I do the same in return.  Just not quite yet...