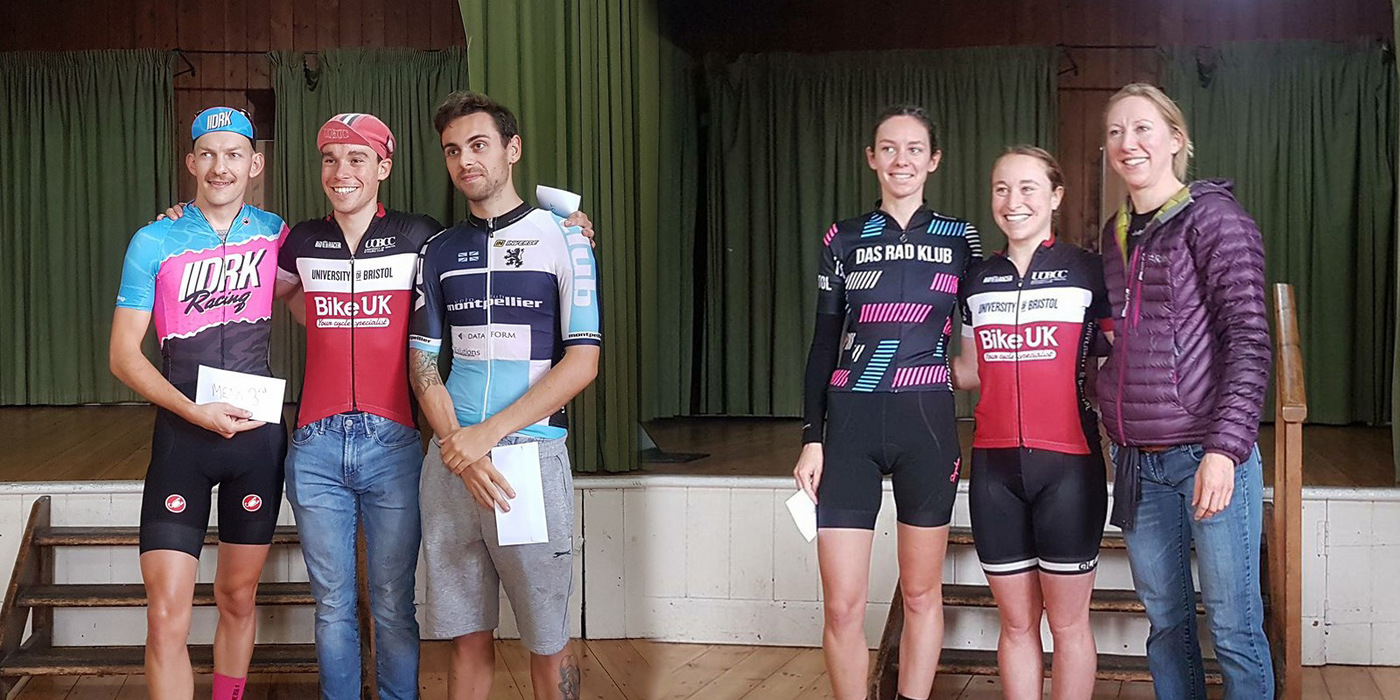 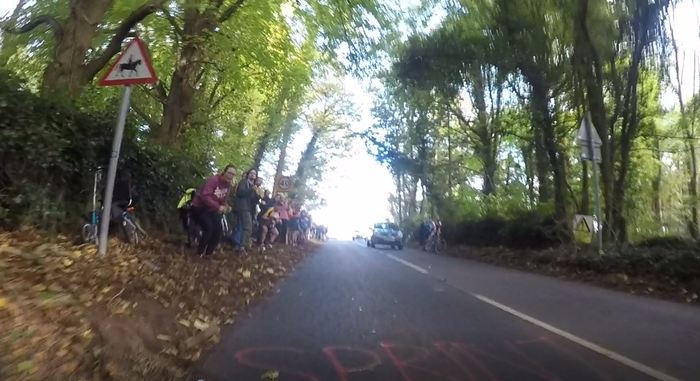 Belmont is a popular hill amongst the locals and therefore, brings along a great following… both in competitors & spectators. Being a short 3 min climb and having a preference for short climbs, it’s certainly high on my list too... the tight corners are also a nice touch as you wind your way up the hill.

Being a popular climb, there were a lot of big names on the start sheet today as well as a strong presence from the Bristol teams. UOBCC, BSCC & DRK littered the field with quality hill climbers. This was going to be a tough day for series points!

Although the day started a little bit damp it didn’t take long to dry out and warm up… 19 degrees at the end of October was a little bit odd… it’s not quite the same as battling with your own sanity whilst warming up in a car park in the cold & rain.

There is always a nice atmosphere at the bottom of Belmont during this event. A constant flow of riders coming & going… the nervous laughs and comments of those about to start, mixed with the adrenaline fuelled sadists returning from their recent onslaught. It must also form a popular cycling route as there are plenty of cyclist passing through… maybe a common sight in Bristol but not what I’m used to in Dursley.

I’d been watching riders come and go all morning whilst I was warming up and before I knew it, it was my turn to make my way to the start. The usual sarcastic comments pass between me and the time keeper as I try to make sense of reality. 30 seconds… 5, 4, 3, 2, 1, GO! It’s not long before you’re already through the tight bends at the bottom, through that ‘downhill’ section and you’re staring up at that long straight… which is just about the same time the lactic starts to build in your legs… your mind attempts to stop you… it becomes a battle of will power… will your mind trick you into backing off… or will you overcome the temptation and battle through it. Finally, you reach the end of the long straight… you know its just the last few bends… around the last corner and you can see the finish… you can hear the crowed… it doesn’t matter what pain you feel now… you just bury yourself until you reach the line!

Once you’ve got on top of your breathing, you start to forget the pain and discomfort you’ve just been through. The only evidence of the effort you’ve put in is a dry empty cough and a pale complexion. Conversations quickly turn into speculation on performances and winners… when you hear of 2:55’s you quickly realise your 3:06 isn’t a winning time.

‘King Kirby’ took his first win (and a course record)… He's always been on or near the podium... but not quite on top... a plague that has battled him for a while. The guy is on epic form and this win is well deserved. Charles Coleman narrowly misses out on silver as Jacob Pilkington takes 0.2s off him with consistently dominant performances from both of them. Between these 3, they’ve left little opportunity for the rest of us. Great riding guys!

After years of Jo Jago wishing for some more competition, she’s finally met her match with UOBCC’s Kate Mactear taking the win in the ladies yet again… but only by 0.3s this time! DRK’s Lucy Rowe takes up 3rd position in a strong performance and only just over 1s behind Jo. Great to see such a high level of competition in the ladies events now… long may it continue!

Meanwhile, although Gordon Markus had his first clear run at this hill after getting stuck behind traffic in recent years, he wasn’t able to hold off Phil Stonelake in the Vets as he takes another strong victory!

It was another gold for UOBCC in the joiniors as well with James Pittard taking top spot with an impressive 3:25.

It’s hotting up in the overall series points with a consistently strong level of competition in all categories this year. Going to be exciting to watch this unfold over the next few weeks!